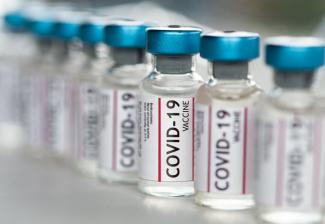 MONTREAL – Pharmacies are pushing to get involved in Canada’s vaccination effort, pitching their expansive networks and experience with vaccine distribution as potential selling points.

Nationwide chains Shoppers Drug Mart Corp. and London Drugs Ltd. say they have had conversations with the federal and provincial governments about co-operating on vaccine distribution once the doses become more widely available, although there are currently no plans to do so.

“Pharmacies are ready and willing right now to help with that injection of those COVID vaccines,” said Chris Chiew, general manager of pharmacy for London Drugs. “We reach every single corner of each province of all of Canada, and by having all pharmacists involved, you’re actually able to get a larger percentage of the population in a faster period of time.”

A partnership with pharmacies could be a welcome opportunity for provincial health authorities in Canada, which face the daunting logistical task of distributing tens of millions of COVID-19 vaccinations in 2021.

So far, the government has tightly controlled distribution of COVID-19 vaccines since the first doses of the Pfizer-BioNTech vaccine were administered in Canada on Dec. 14. But the federal government’s approval of Moderna’s vaccine last week, along with the expected approval of a number of other vaccine candidates in the coming months, means the distribution effort will soon ramp up.

The federal government has said it expects immunization for the general population to begin in April 2021. Ultimately, provincial health authorities are responsible for deciding how to distribute the vaccine to their residents, and the actual rollout could work differently in varying parts of the country.

The pharmacies’ outreach comes as they have embraced an increasing role in public health in recent years, expanding their businesses beyond just filling prescriptions. The result has been a new area of growth for the pharmacies’ bottom lines as they include vaccines and other basic health services such as travel health consultations among their offerings.

What began with flu shots has now broadened to include travel vaccines and immunizations against other diseases like shingles, said Jeff Leger, president of Shoppers Drug Mart.

“The role of the pharmacist has been changing,” Leger said.

Pharmacies’ experience with distributing vaccines means they have already figured out many of the logistical challenges associated with the COVID-19 shots, Chiew and Leger said, from keeping the doses cold in transit to ensuring that pharmacists are properly trained in how to administer them.

Pharmacies also have digital notification systems in place for communicating with their clients, which could be useful for staying in touch with vaccine recipients, the vast majority of whom will have to return for a second shot about a month after their initial dose.

Consumers may ultimately prefer receiving their shot at a nearby pharmacy instead of a larger clinic, said Kelly Grindrod, a professor at the University of Waterloo’s school of pharmacy. Pharmacies have become the default option for many people looking to get vaccines, Grindrod said, a shift from a decade ago, when people mostly got them at doctors’ offices.

That shift in attitudes could make pharmacies an attractive distribution channel, since governments will want to make the vaccination process as frictionless as possible to encourage people to go, she added.

An alternative to using pharmacies would be to offer the vaccine at a smaller set of locations run by provincial health authorities, similar to how COVID-19 testing has been administered in Canada, said Ian Culbert, executive director of the Canadian Public Health Association.

Culbert said it would be cheaper and more efficient to distribute the vaccine that way, since it would cut down on the logistical costs of delivering the doses to more locations. Having pharmacists inject the vaccine as opposed to public health workers would also be more expensive, since they are paid per shot administered, he said.

“I’m not saying pharmacies couldn’t do it,” Culbert said. “I’m saying a concentration of our resources through a centralized stream of vaccination clinics is the way to go.”

Chiew and Leger both cited their pharmacies’ efforts distributing the flu vaccine in the midst of the pandemic as an example of how they could be effective partners with governments for rolling out the COVID-19 vaccine.

With the exception of the Pfizer-BioNTech vaccine, which has to be kept at extra-low temperatures, the vaccines in development can all be handled and distributed like ordinary flu shots, Chiew and Leger said.

Neither London Drugs nor Shoppers expects to have a major role in distributing the Pfizer-BioNTech vaccine, which until a week ago was the only COVID vaccine approved in Canada. Still, London Drugs has purchased several specialized freezers, each of which ranges in price from $10,000 to $20,000, in case the company is called on to handle the vaccine, Chiew said.

This report by The Canadian Press was first published Dec. 31, 2020.